Hiroshi Fujiwara, founder of fragment design, is the foremost curator of global street culture. Fujiwara has influenced and inspired generations of creative thinkers with his ground-breaking blend of high and low, sport and fashion, and design and music. He is behind some of the most sought-after partner projects of the last decade, including Nike’s HTM line, fragment- stamped Nike Air Trainer 1s and brilliant takes on contemporary creations like the Nike Roshe LD-1000.

Hiroshi moved to Tokyo at 18, bringing with him a preoccupation with punk and skateboarding and a knack for trend spotting. From 1987 onwards, his contributions to popular magazines and connected cultures, which in combination with his first brand (the elusive Goodenough), helped pioneer the culture of limited editions that formed the backbone of global streetwear-defining Ura-Harajuku.

After skating the Court Force as a teen, Fujiwara’s connection to Nike became official in 2000 when he was engaged on several consultancy projects, including colorways for the genre-shifting Air Woven. His first official collaboration was the region exclusive Nike Concept Japan (CO.JP) line — a monotone trio of the Nike Zoom Seismic, Nike Air Max 120 and Nike Air Terra Humara — which appear eerily on trend 14 years after the 2001 drop. 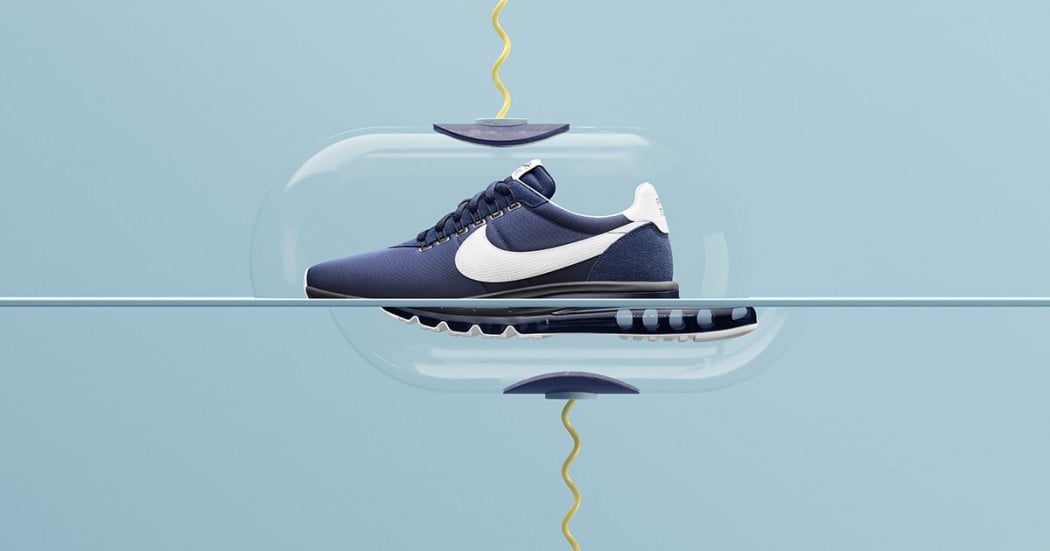 The Air Max LD-Zero H
Even before Fujiwara began collaborating with Nike, the Nike LD1000 was one of Hiroshi’s Fujiwara’s favorite sneakers, thanks to its clean, minimal ‘70s design aesthetic. As a nod to the era, he recreated this version in vintage suede-over-nylon materials, sourced from the archives. Then he covered the entire shoe in his signature obsidian and white palette, but added hits of black, including a blacked-out Nike Air unit, for added sophistication

About H-T-M
H-T-M is an ongoing collaboration between Hiroshi Fujiwara, founder of influential design house fragment, Tinker Hatfield, the legendary designer of the Air Max 1 and Mark Parker, sneaker visionary and Nike CEO. Their unique partnership has produced some of the most innovative, boundary-pushing footwear in Nike history.

How to win the Air Max LD-Zero H
For the upcoming project “I AM H-T-M” we’re now giving you a chance to buy the Nike Air Max LD Zero H by Hiroshi Fujiwara. All you need to do is to sign up at Sneakersnstuff.com and you’ll receive a link during the day of March 26th where you will have a chance to buy the shoes.