Tinker Hatfield, Vice President for Innovation Design and Special Projects, joined Nike in 1981 as corporate architect. Four years later, he transitioned to footwear design, where his experience as a track athlete and in technical art training coalesced in the form of a unique and provocative approach to sneakers. Best known for his work with Michael Jordan and for broadening the appeal of Nike Air, Hatfield redefined how shoes are considered, both on the playing field and in the street, again and again.

Hatfield’s prolific output began between 1987 and 1988, during which time he worked on the Air Max 1, Air Trainer 1, Air Windrunner, Air Revolution, Air Safari, Air Tech Challenge and the Air Jordan III. After becoming Creative Director of Product Design in 1989, Hatfield’s reputation soared during his on-going relationship with Jordan, a design master class in zero- compromise reinvention. Other Hatfield classics include the influential Nike Air Huarache (1991), ACG pieces like the Air Mowabb, and work with tennis greats Pete Sampras and Roger Federer. 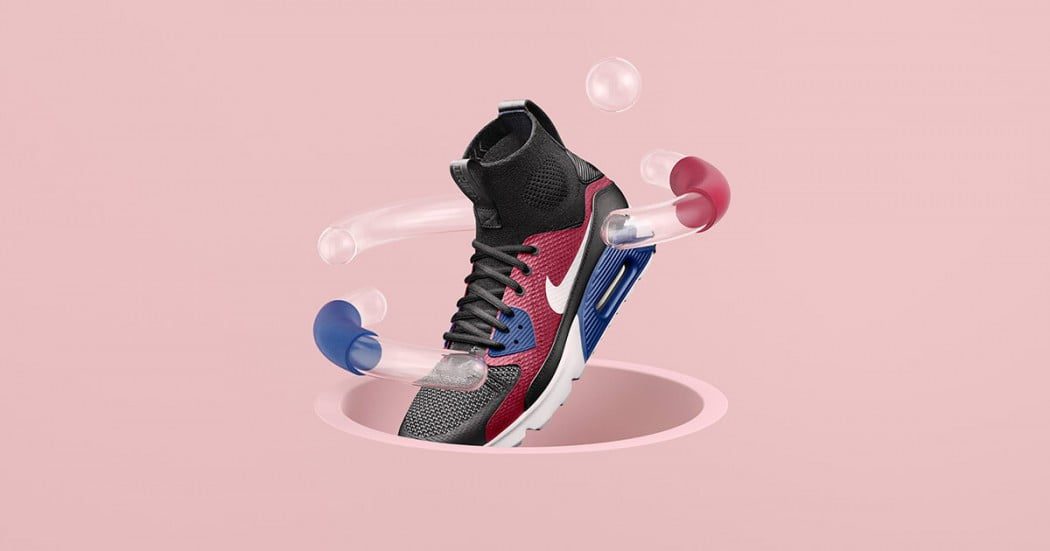 The story behind the Air Max 90 Ultra Superfly T
With a background in architecture, Tinker Hatfield has an eye for combining inspiration from seemingly discordant places to create sneakers that look and feel of the future. In this case, he mixed the world’s most popular Air Max with Nike’s fastest football boot. Then he cored out the midsole with Ultra technology, making the whole proposition incredibly light and modern. Top it all off with classic palette, and you’ve got an icon in the making.

About H-T-M
H-T-M is an ongoing collaboration between Hiroshi Fujiwara, founder of influential design house fragment, Tinker Hatfield, the legendary designer of the Air Max 1 and Mark Parker, sneaker visionary and Nike CEO. Their unique partnership has produced some of the most innovative, boundary-pushing footwear in Nike history.