Editorial by Gregk Foley for Sneakersnstuff

This week, Converse announced a brand new collaborative project, teaming up with international enfant terrible Tyler, The Creator and his Golf Wang label to create a series of limited edition One Stars designed and adorned by the man himself. Since blowing up from an LA skate rat to a global superstar virtually overnight, Tyler’s empire has grown to encompass music, fashion, television and much more, all served up in his own inimitable style. Interestingly, there’s a lot of things that Tyler and Converse have in common, considering the iconic footwear brand’s connections to countless music scenes like rock, punk and hip-hop, not to mention their ongoing support of the skate scene through the Converse CONS skate team.

But most interesting is perhaps their shared experience of unwitting success; much like how Tyler’s rise to stardom seemed to arrive out of nowhere, so much of Converse’s legacy is one that transcends its humble beginnings creating simple canvas basketball shoes. It’s a connection worth exploring, to say the least. 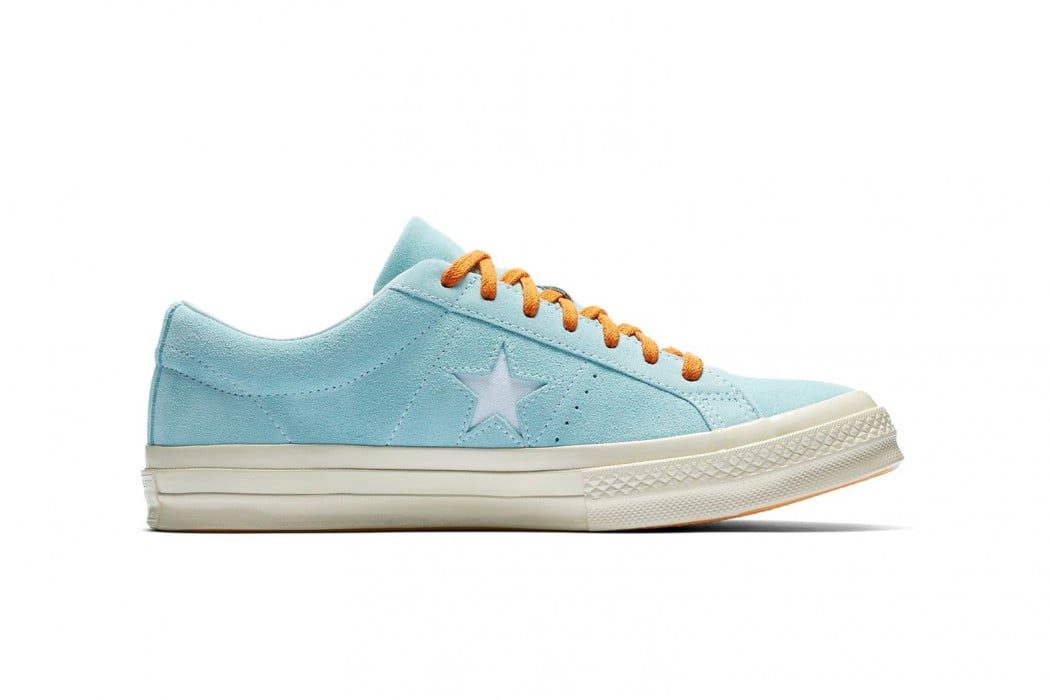 I must have been around 16 years old when I first heard about Tyler the Creator. I was a child of the online forums and spent a lot of time talking to kids over the in the States, and there’d been a lot of buzz around this group of teenagers releasing music via their Tumblr.

Their name was Odd Future Wolf Gang Kill Them All, or OFGWKTA. Ostensibly, they were a hip-hop collective, but then they also kind of weren’t. They rapped over beats, released mixtapes and performed under pseudonyms like Hodgy Beats, Left Brain and Domo Genesis, but they dressed like LA skaters and rapped about everything from the absurd to the obscene.

At the center of the troupe sat the group’s de facto leader, Tyler Okonma, better known as Tyler, The Creator. With his deep, gravelly voice, impeccable lyrical delivery, wide-eyed, cheeky grin and larger-than-life persona, Tyler was always destined to be the breakout star of the Odd Future clan. 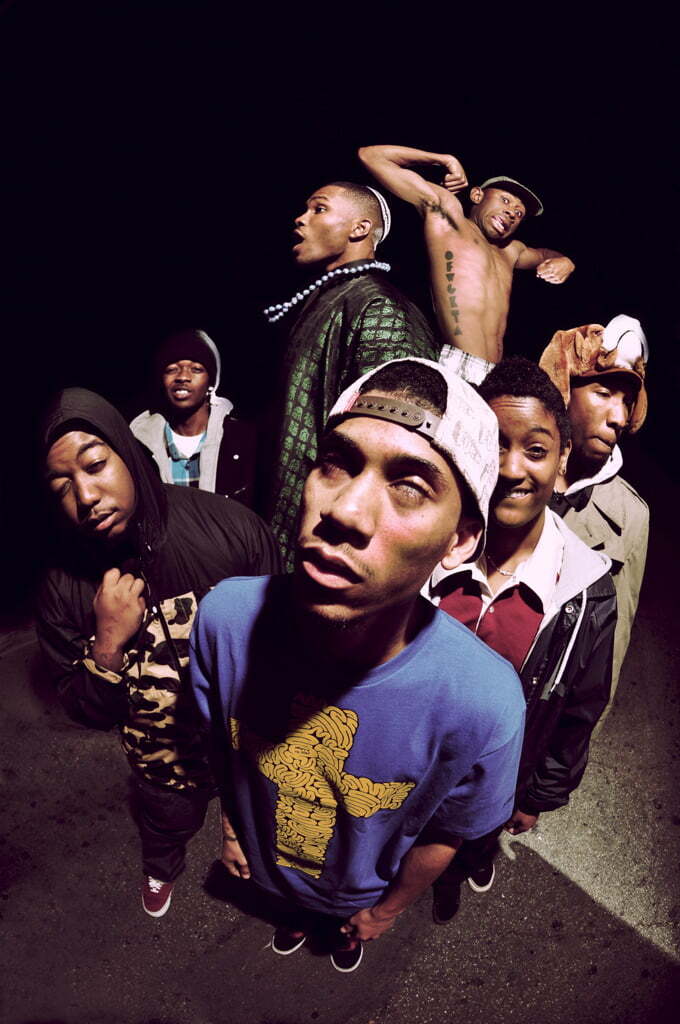 There were arguably a number of factors that contributed to his early success; his polymathic mastery of songwriting, production, rapping, design and many other mediums; his MTV-ready personality; his casual style of caps, t-shirts, shorts and canvas sneakers at a time when most rappers were turning their attentions toward luxury fashion; endorsements/co-signs/support from a certain New York-based skate brand; and his unquestionable talent.

Combine all this with a conspiracy surrounding the mysterious absence of arguably the only other member of Odd Future as talented as Tyler – Earl Sweatshirt, supposedly shipped off to a boarding school in Samoa by a mother who was worried her son had fallen in with the wrong crowd – and it’s not hard to see how the Tyler & OFWGKTA mythology grew so rapidly. These were a group of teenage skate bums from Los Angeles building a narrative part-rap dynasty, part-pulp mystery novel, part-jackass episode, part-a dozen other things which, on paper, nobody would have expected to work.

But, like most individuals who seem to rocket to fame or infamy out of nowhere, it’s easy to downplay or underestimate the depth to what Tyler, The Creator has pioneered as an artist over the past few years. The reality is that he was at the forefront of a number of cultural shifts in music, streetwear and entertainment at a time when those industries were changing by the day. Not only that, a lot of the techniques he possibly stumbled into have since become standard practice. 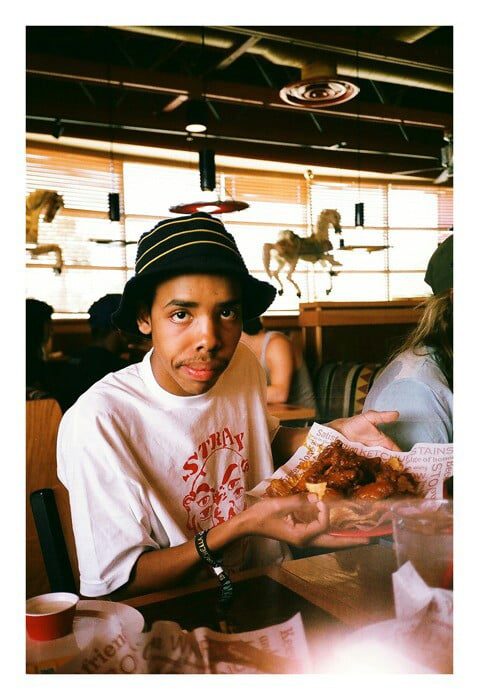 To start with, it’s worth looking at how Tyler blended elements of hip-hop, punk, metal and skate culture into a new, unique form. Odd Future’s simplistic mixtape covers featuring distorted faces or simple text graphics overlaid onto found images owe at least a pinch of credit to punk aesthetics, whilst the whited-out eyes and upside-down cross on the artwork for Tyler’s breakout single, “Yonkers”, were both common artwork tropes amongst American anarcho-punk bands in the mid-to-late 1980s.

Likewise, the raw, stripped back sound of Tyler and Odd Future’s earlier releases has a similar feel to the garage sound of iconic punk bands such as Minor Threat and Operation Ivy. OFWGKTA arguably also owe some credit to 90s horrorcore hip-hop acts like Gravediggaz and Geto Boys, whose rough beats and even rougher lyrical content surely paved the way for Odd Future’s particular blend of obscenity.

What makes Tyler’s brand of punk more interesting, however, is that it’s just as much substance as style. In the year 2017, hip-hop has firmly embraced the mosh pit, with acts like Chief Keef and Danny Brown gaining particular notoriety for the hectic nature of their live shows, but in 2009, Odd Future were right at the front of this phenomenon, loading their performances with circle pits, stage dives, windmilling and more. Tyler is also a longtime friend of California hardcore band Trash Talk, as well as founder of Miami streetwear brand Stray Rats and all-round hardcore aficionado Julian Consuegra, so his incorporation of hardcore antics into his performances came from an authentic understanding of the energy and passion that those artists inject into their shows. 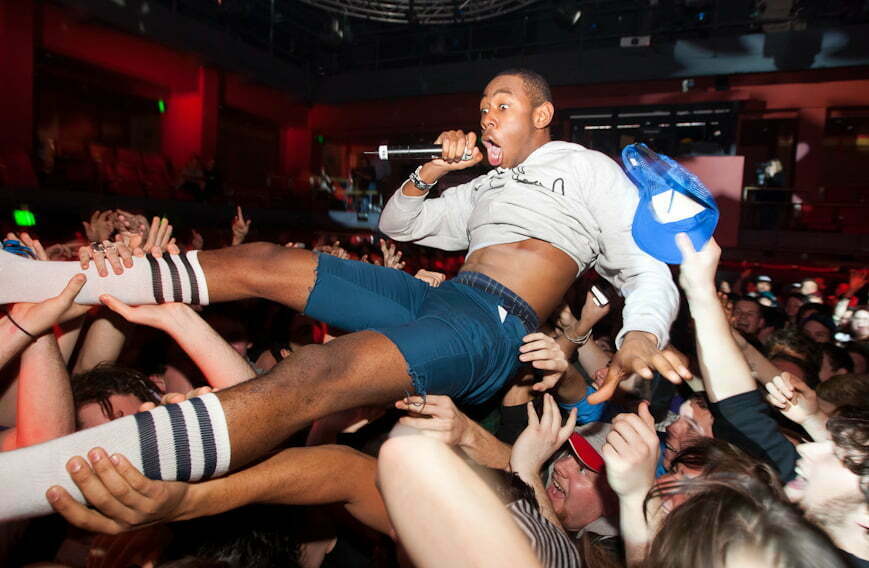 Beyond the music, you can see the DIY punk spirit woven into a lot of what Odd Future achieved in their early years. In 2017, with the music industry now dominated by Soundcloud and streaming services, the idea of a major artist releasing their music for no cost to the consumer (beyond a subscription fee) is hardly ground-breaking. In 2009, the music industry was still largely dependent on people buying individual albums, and though free-to-download mixtapes had already become common in the hip-hop scene, they were rarely treated with the same esteem as a proper album. Even today, with the lines blurred more than ever, mixtapes are viewed as the “stop gap” between the major releases.

But in spite of this, Odd Future’s self-produced mixtapes, hosted on MegaUpload, RapidShare or MediaFire and made available through a Tumblr account, generated as much hype and fervour as some of the biggest major releases that year. You’re talking about a group of teenagers from LA making waves all around the world, shaking up the industry and making virtually no money in the process. 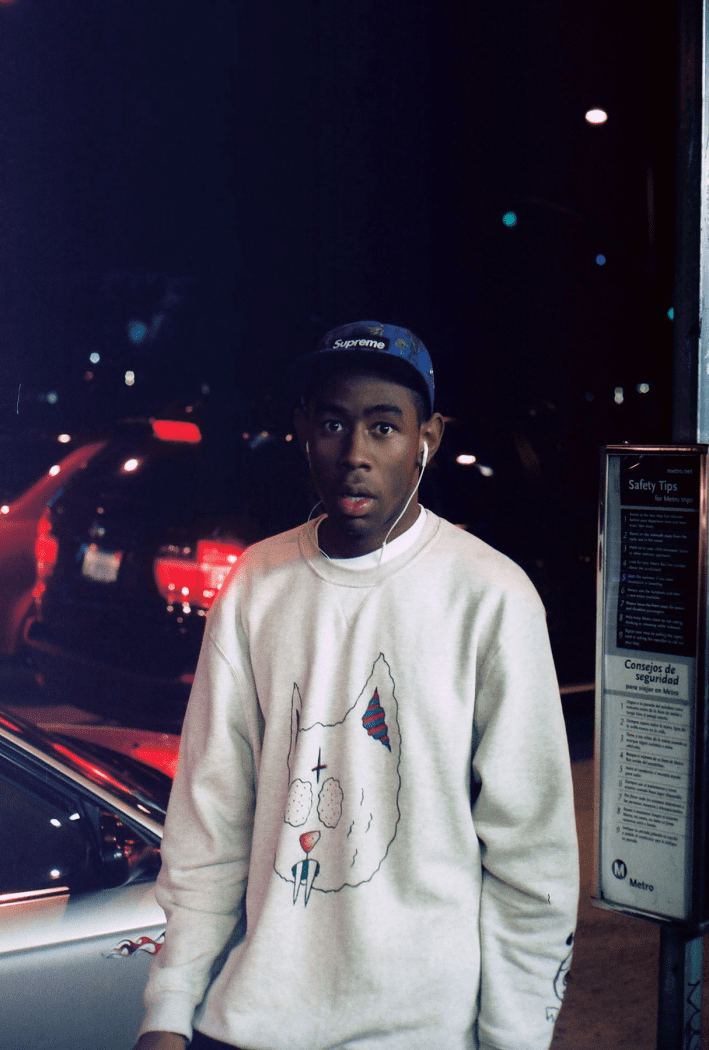 Tyler’s savvy was creating a unique, distinctive aesthetic for OFWGKTA, and then producing merch in all shapes and sizes. Kids didn’t have to buy the music to be part of the Golf Wang universe. They could download and listen straight away. But once they listened, they wanted to wear it on the outside, and the Odd Future merch store, Sweatshop offered tees, caps, hoodies, and eventually even shorts, jackets and all other types of oddball merchandise. Again, in 2017 there are plenty major name artists producing massive clothing collections every season, but Tyler, The Creator was arguably the first musician to make their fortune, not by selling music, but by selling clothes. 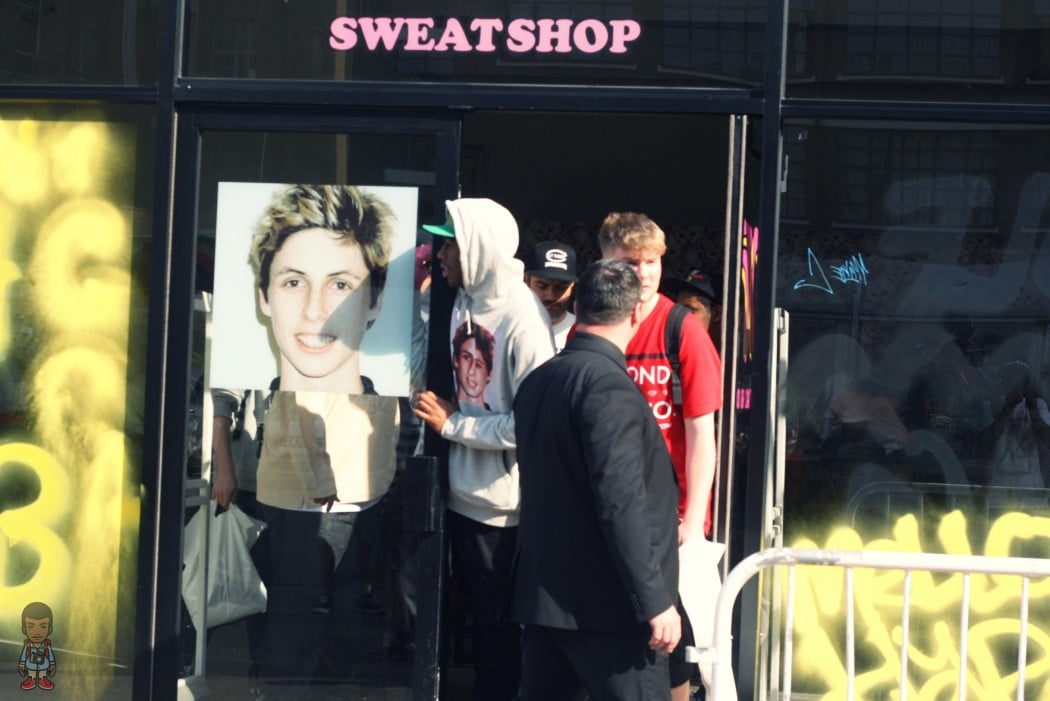 This week, Tyler has revealed his new partnership with Converse, continuing that DIY, self-made sprit that has always made him such a fascinating individual. The thing with this latest collaboration, is that it really makes sense. Converse is a brand whose products are defined less by their intended purpose, and more by how they were received, adopted and transformed in the cultural zeitgeist. Their simple canvas basketball shoes were adopted by punks, skaters, artists, fashion designers and countless other cliques, each time developing a greater cultural significance. That’s how a shoe as simple as the Converse One Star can feel so iconic; it’s the unspoken aura that surrounds it; its proximity to great cultural moments.

And it’s that same spirit of adoption and transformation that has made Tyler, The Creator one of the most interesting cultural figures of the last ten years. Tyler, The Creator is a number of things, but not a single one term defines him. He’s a unique mix of hip-hop, punk, skate culture, fashion, digital culture, social media. He takes all of those elements and chops, changes and warps them into something that’s all his own. Nothing is ever simply what it is in Tyler’s hands. It’s whatever he turns it into next. Watch Tyler’s latest video Who Dat Boy below for a sneaker peek at his project with Converse.

Sourcing all the original photographers for this article was not possible. If your images is above please get intouch for it to be either removed or credited. Thank you.