Back in 1996, the footwear developer Tobie Hatfield had a focus group who mentioned that they desired footwear that offered the same comfort that slippers provided. The group also said that they didn’t want their feet to fight with their shoes. Not long after that focus group meeting, Hatfield decided to design a shoe including what he later called the “V-notch”: a shoe with a carved-out area in the ankle area intended to improve the fit.

The first prototype for what would become the Nike Air Presto (1996).

Hatfield later gave a prototype of the shoe to a co-worker who normally wore a size 11 but who was unknowingly given a size 9. He didn’t complain about the prototype even though the shoe was theoretically two sizes too small. This made Hatfield think that perhaps Nike should rethink their footwear sizing. Their T-shirts didn’t come in half sizes (small, medium, large), so perhaps they should try to do the same thing for footwear.

Hatfield continued to work on the project with his colleagues in 1997 and released the Nike Air Gauntlet in 1998 that featured the “V-notch”. This model also had a single layer stretch mesh in the forefoot and a heel clip made of spring steel, which the wearer could open or close to customize the fit. 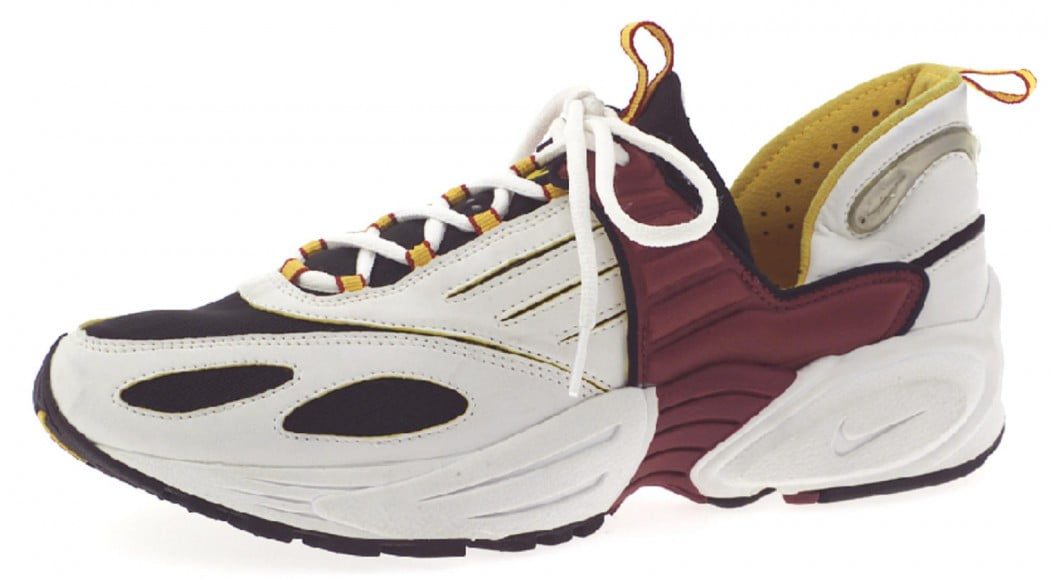 Later on in 1999, Nike released the Nike Air Zoom Drive, a shoe that had a more traditional collar, but maintained a near seamless interior and stretch mesh in upper part as the Nike Air Gauntlet that was released the previous year. With the relatively new technology Zoom Air, the shoe provided runners with a high-tech and fast-paced running shoe. 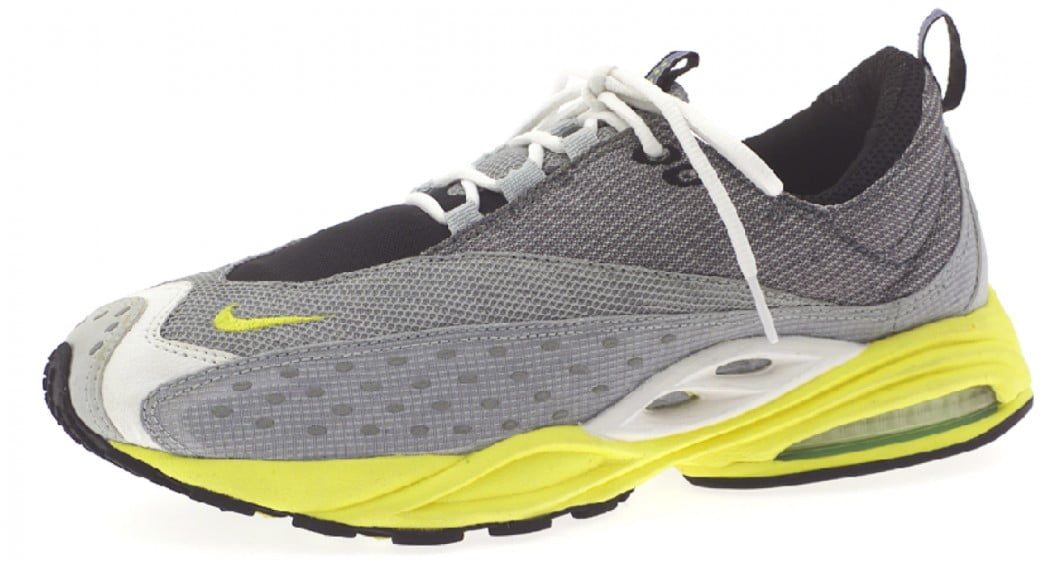 The Nike Air Presto finally became a reality in 2000, but before that many decisions were made about the final design and which materials should be used. To start with, the idea was to use the same material on the upper as they had applied on the Air Huarache, specifically neoprene, because of its stretch and cushioning qualities. The problem is that neoprene is designed to keep heat in. Nike’s materials team subsequently discovered a material called spacer mesh. This material is primarily used in the medical industry for its stretchability and its highly breathable qualities. For the final design, Hatfield decided to make the “V-notch” less extreme to the previous prototypes, while not sacrificing any stretch.

Besides having the appropriate tagline “T-shirt for the Foot”, Nike launched the Air Presto by including the unconventional naming process to the silhouette’s colorways. Names like  “Catfight Shiner” and “Trouble at Home,” the “Abdominal Snowman” and the “Rabid Panda,” each accompanied by playful illustrations that added character to the shoe. The characters was later used as advertising for the Air Presto which appeared in print and on television.

The model was given the name after a crowd-source from the design and development community, receiving more than 300 submissions, one of which was “Presto Magic”. Because of the shoe’s perfect fit it’s almost like a magician saying “Presto” when you put the shoe on!

Stay tuned for a dive in Sneakersnstuff’s sneaker archive where you’ll see OG versions of the Air Presto!