Sneakersnstuff London were once again invited to participate in the annual adidas Fanatic football tournament. Unfortunately we had a few injuries the week before the tournament so we drafted in a couple friends of Sneakersnstuff into the team.

Everyone was in a happy mood as the sun was shining on the morning of the tournament, hats off to the organisers for providing full kit and top end adidas boots for every player, which really got everyone in the zone, it just added to the importance of the day. In total there were 15 teams participating. The initial stages consisted of 2 groups of 7 and 8 teams with the top 4 from each group going through to the quarter finals, we had to play each team once during the group stage. 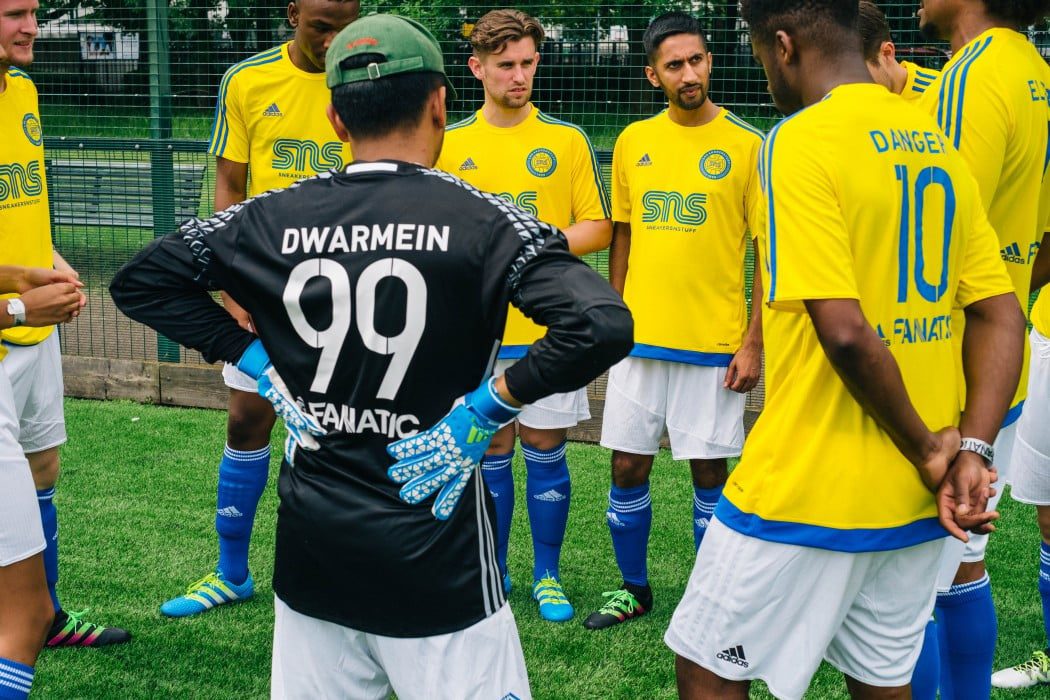 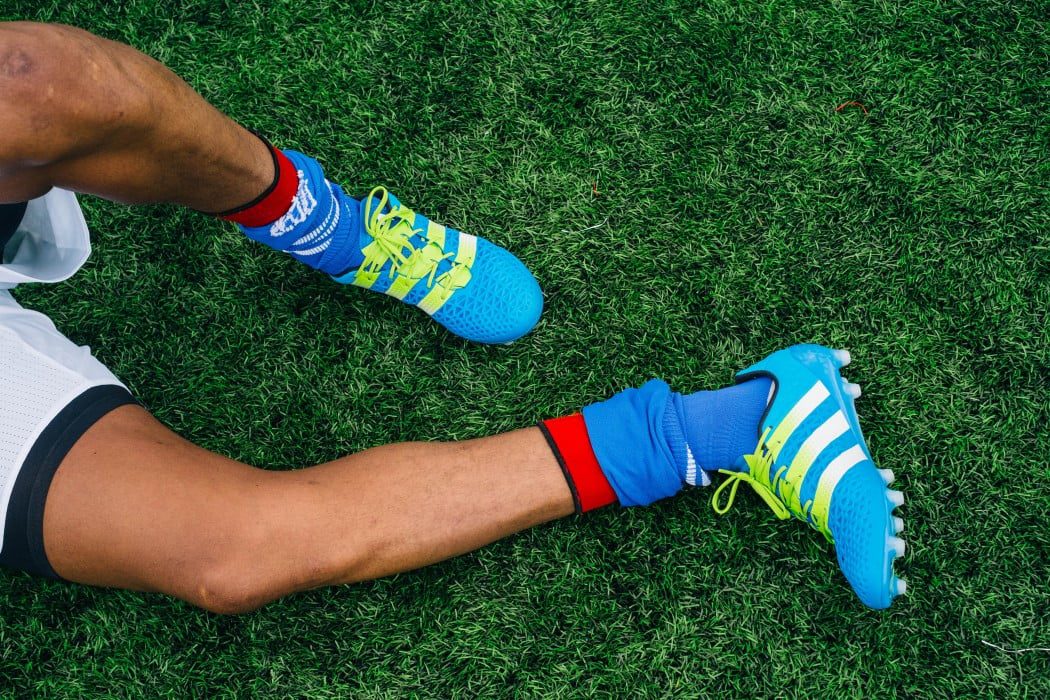 Our first opponents were The Daily Street, not having a go but they tried to hit up a couple of players a few months back and we were glad to see a couple of familiar faces. In particular a good friend of ours Rav aka The Clothsurgeon playing for them. We were feeling each other out and tried to get into our rhythm so the start was a little frustrating, not a lot was coming off for many of us but we kept it tight and solid at the back. I don’t think our goalkeeper Bayu was actually troubled once, we just could not find a goal. We eventually knocked one in and you could see the relief in our faces. A solid team performance and a good winning start to the tournament. 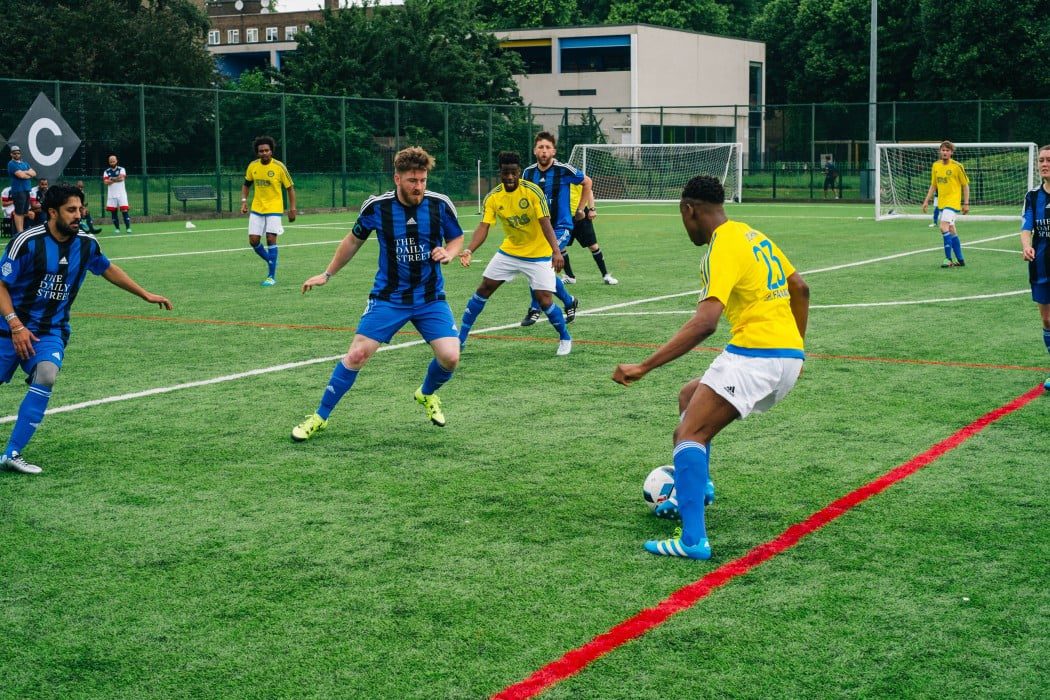 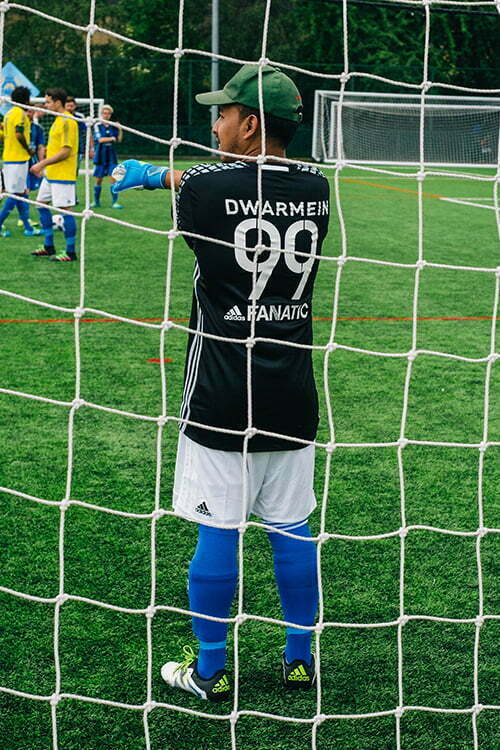 Foot-Patrol, last year’s whipping boys were up next and I saw from the first couple of games that they had stepped up the standard this year. This was a very hard fought and frustrating game, there a few niggly challenges going in and again we just could not hit the back of the net no matter how many chances we created. A very unfortunate own goal was scored by Mubi, well worked by team Foot-Patrol but very frustrating for us. We did not let it get us down and we quickly found an equaliser, a beautifully worked team goal. We tried our hardest to find a winner but we were frustrated by some great goalkeeping from team Foot-Patrol, he saved them from a loss. We looked at the result as a harsh lesson learnt and agreed that we could not let it happen again. 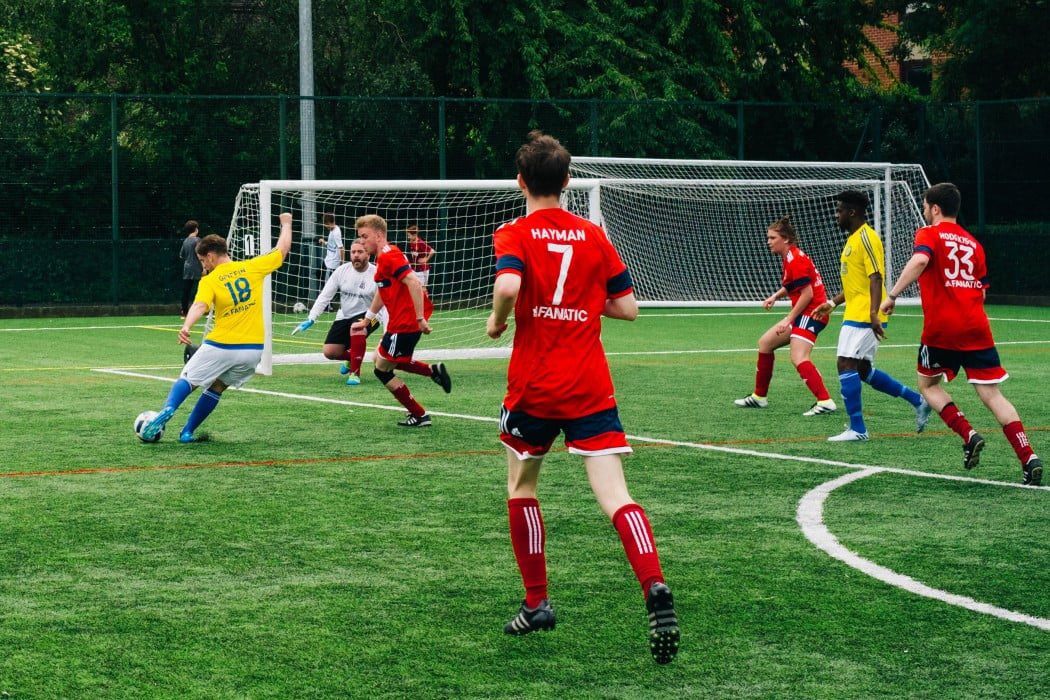 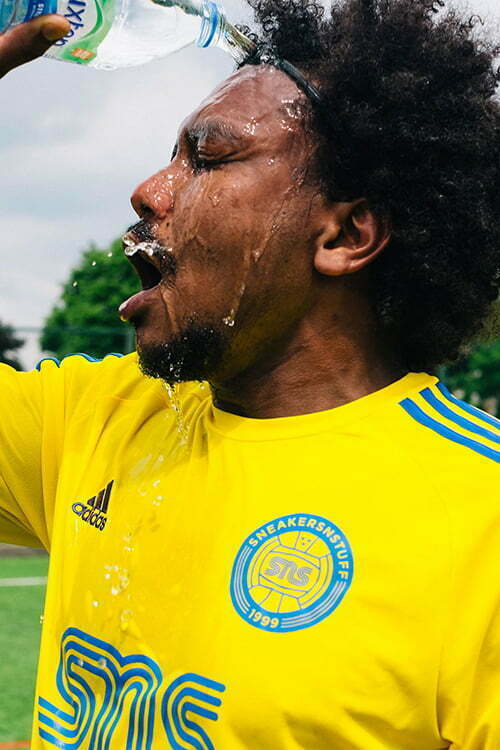 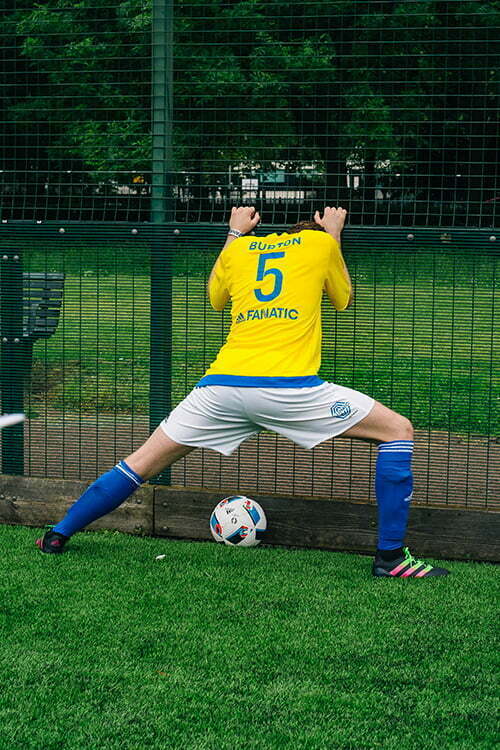 The third game was against one of the tournament favourites and the unbeaten Percival, we had all been watching their games and knew we were in for a pretty tough game. We found some kind of rhythm in this game, managing the ball and possession beautifully. We did not allow the opposition many chances at all. Our goal was beautifully worked and all in all we were really happy with our performance. Momentum rose as the next few games were coming thick and fast. 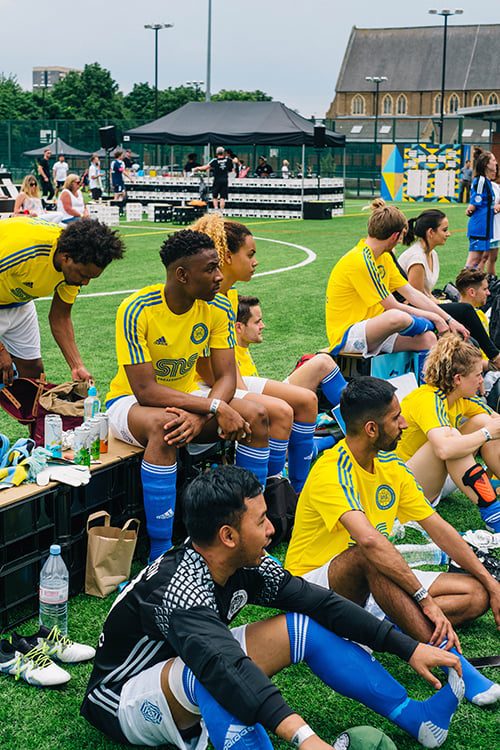 Wonderkid were a very good side and the game was one of the toughest games we played all tournament. They were very tactical and had a good shape about them as well as being pretty competitive. They pelted our goalkeeper a couple of times perking us up and making us take notice of some of the quality players they had on their team. However we didn’t panic and played our game. We tried to control possession, much like we did in all our games until we worked an opening and then BANG sucker punched them. Deflating them completely. We won 1-0 and that sealed our place in the quarter finals.

By the fifth game we were well into our stride and absolutely battered Ace Hotel in the pouring rain. It felt like everything went right for us in this game and we were all about attack attack attack. Everyone got in on the act – Ocean, Ollie, Birchy and Kieren all scored great team and individual goals. We were pretty ruthless. 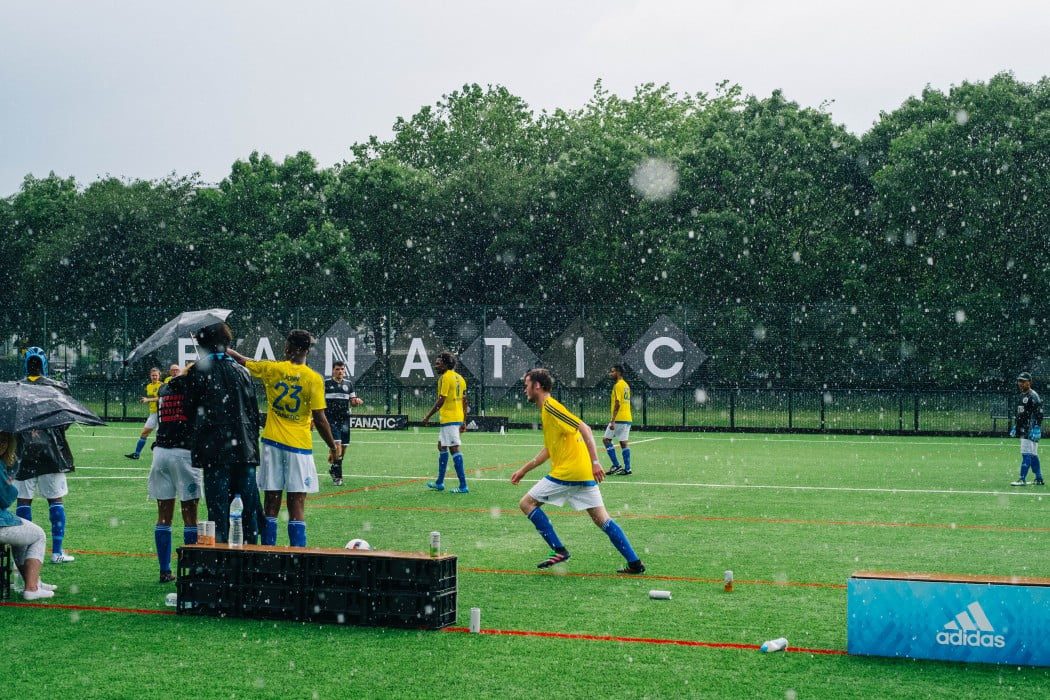 The whole Sneakersnstuff squad were looking forward to meeting Team Patta as they were all mates of ours. We has already qualified and did not need anything out of the game. However we wanted to stay injury and card free. Unfortunately it wasn’t as simple for Team Patta so the game ended up being VERY competitive with 2 red cards being shown for what was silly handbags. We drew 0-0 keeping our unbeaten run going but saying that losing Chris to a Red card was a bit of a blow and would affect us in the KO stages. 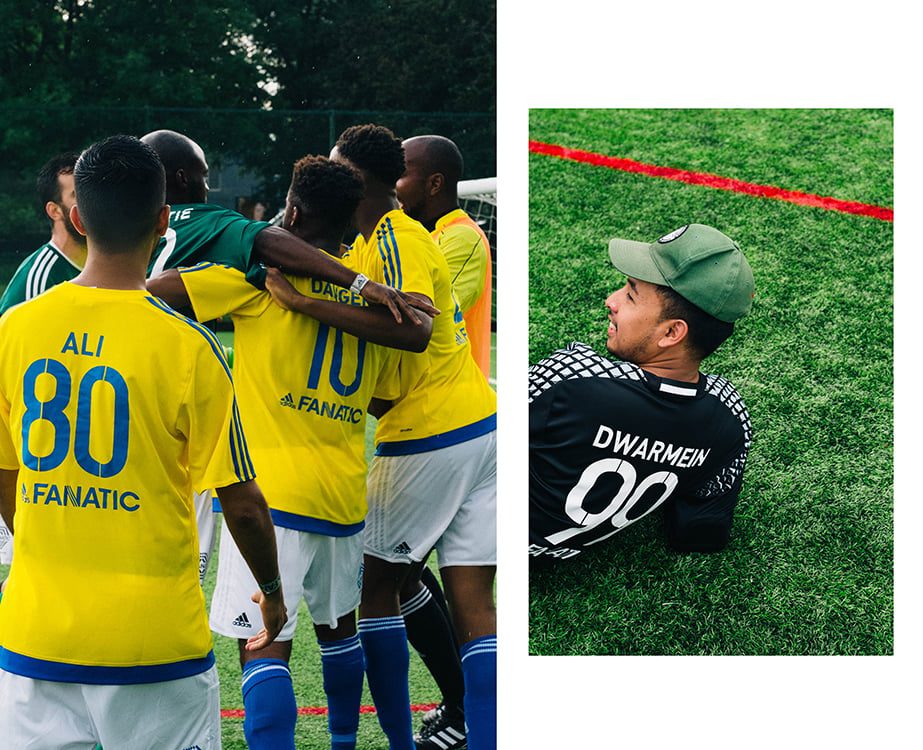 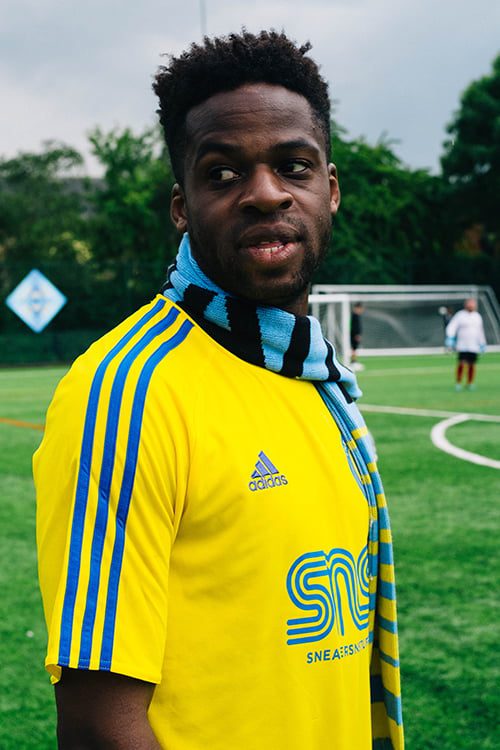 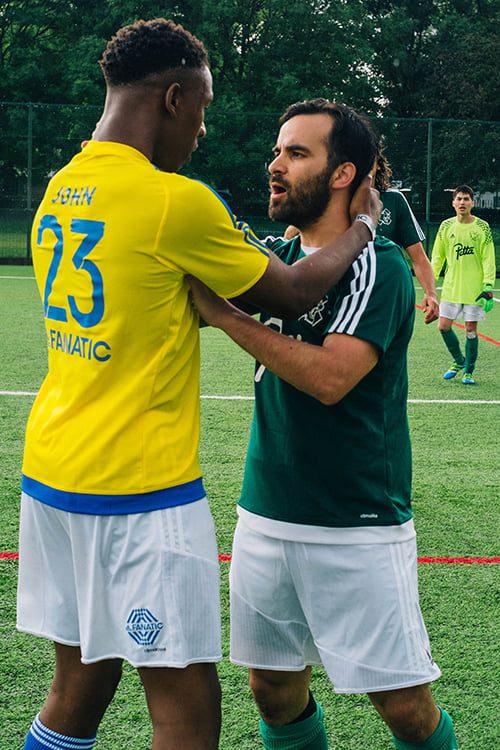 Now things got interesting. Quarter finals we were drawn against Heavenly. A good team that finished 4th in their respective group. I feel like we took the game too lightly as psychologically we were being a little elitist. This resulted in us conceding a silly goal. We were now 1-0 down. It took us a long time to get back into the game. In the last 5 minutes we managed to get an equaliser through an amazing run from Michael and simple finish from Kieren. This gave us the boost to go all out to find the winner and we got it with a couple of mins left on the clock. We showed great heart and resilience in this game and really deserved to go through as Heavenly didn’t really have anything for us after they scored. Unfortunately we lost our captain Yousaf to a hamstring injury he just could not shake off for the remainder of the tournament. 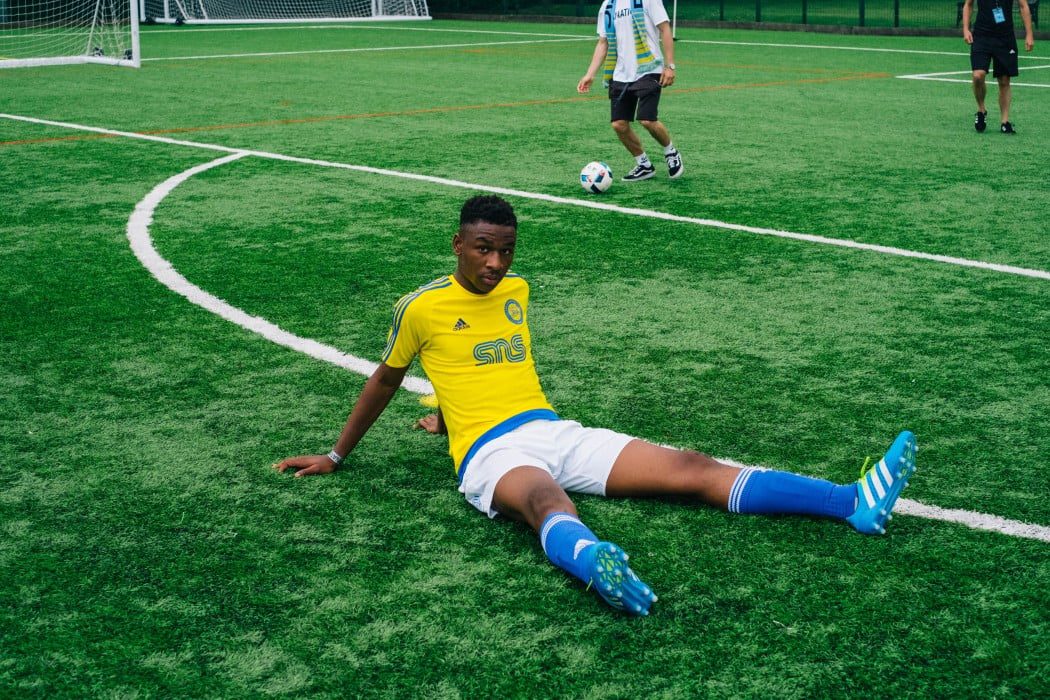 In the semi final we met Percival again and unfortunately the game was marred by poor refereeing decisions throughout so not many highlights, we had Chris back who ran the show up and down the pitch. They had a man sent off for not doing much wrong and other key decisions in the game were just not being given, especially 2 blatant hand balls in our favour. We ran out 2-0 winners with some well worked goals, we did not celebrate the 2nd goal as it was against 6 players, we paid our respect at the end and they wished us well in the final which was very nice. 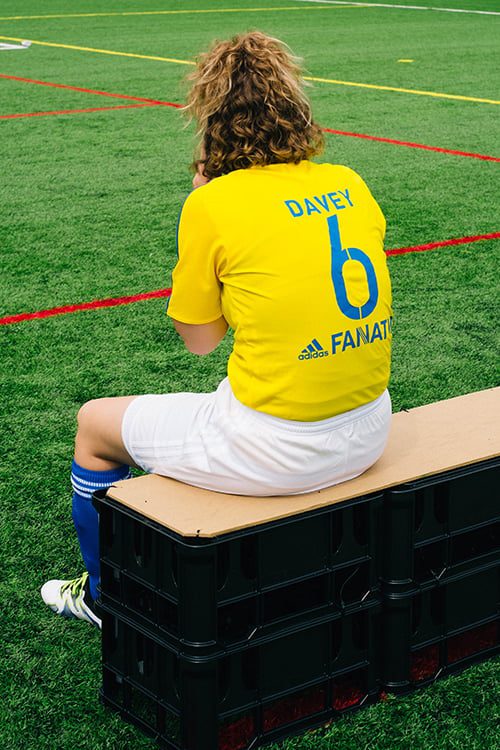 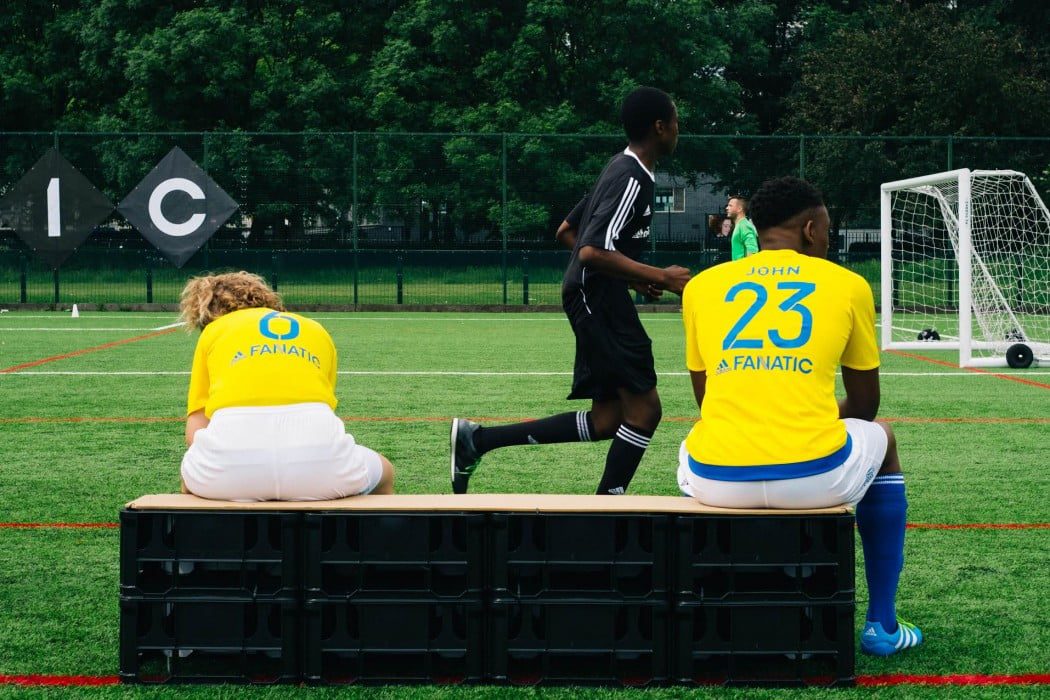 So for the 2nd year running we made it to the final and this year we were up against a very young, strong, athletic professional looking side. As always we fear nobody. We have the mentality that on our day we can beat anyone – Billionaire Boys Club were no different. They had set their group alight by finishing top and had similar results as us. The game was very closely fought and it was a case of attack after attack from both sides with no one holding back. BBC went ahead 1-0 in the 1st half with a goal from their top scorer from an absolute impossible angle. We dusted ourselves off and got on with it. We had a good chat at halftime and changed a couple of things that worked in our favour as we quickly equalised straight after the break and we were on top of them. Then in the last few minutes we created an opening for Ocean Lewis to score an absolute rocket from just inside the penalty area which sent everyone into ecstasy as we all thought there was not much time left on the clock, BBC looked down and out. Unfortunately it was not the last goal to be scored in normal time. The ball fell into our box from a corner and we just could not clear our lines after 3 or 4 ricochets they managed to squeeze the ball in with 30 seconds left on the clock – absolutely gutting. We both played out extra time with nothing really happening due to tired legs. Then came the dreaded penalty shoot out, both teams missed a penalty each resulting in sudden death. Unfortunately this time we were not so lucky and lost the game. So close but yet so far. Huge congratulations goes out to team Billionaire Boys Club as they deserved their win, they played in great spirit and were very gracious in their victory. 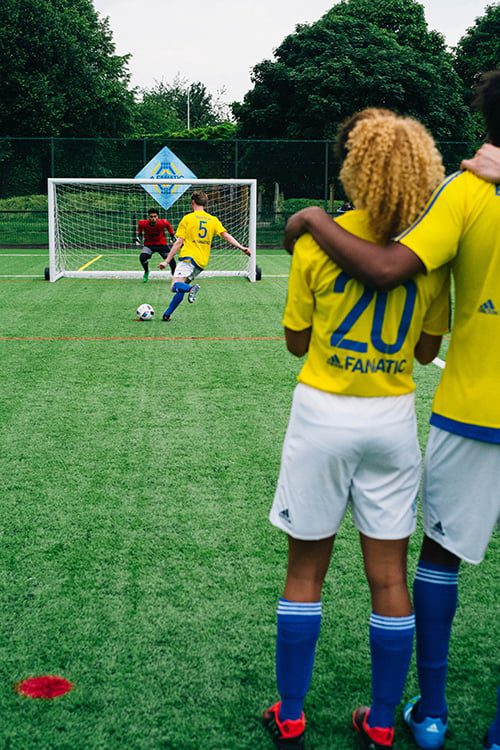 All in all the tournament was beautifully organised and put together by the Soho Warriors. We would like to shout out everyone that participated and help run the day, especially adidas. We will be back next year stronger than ever! 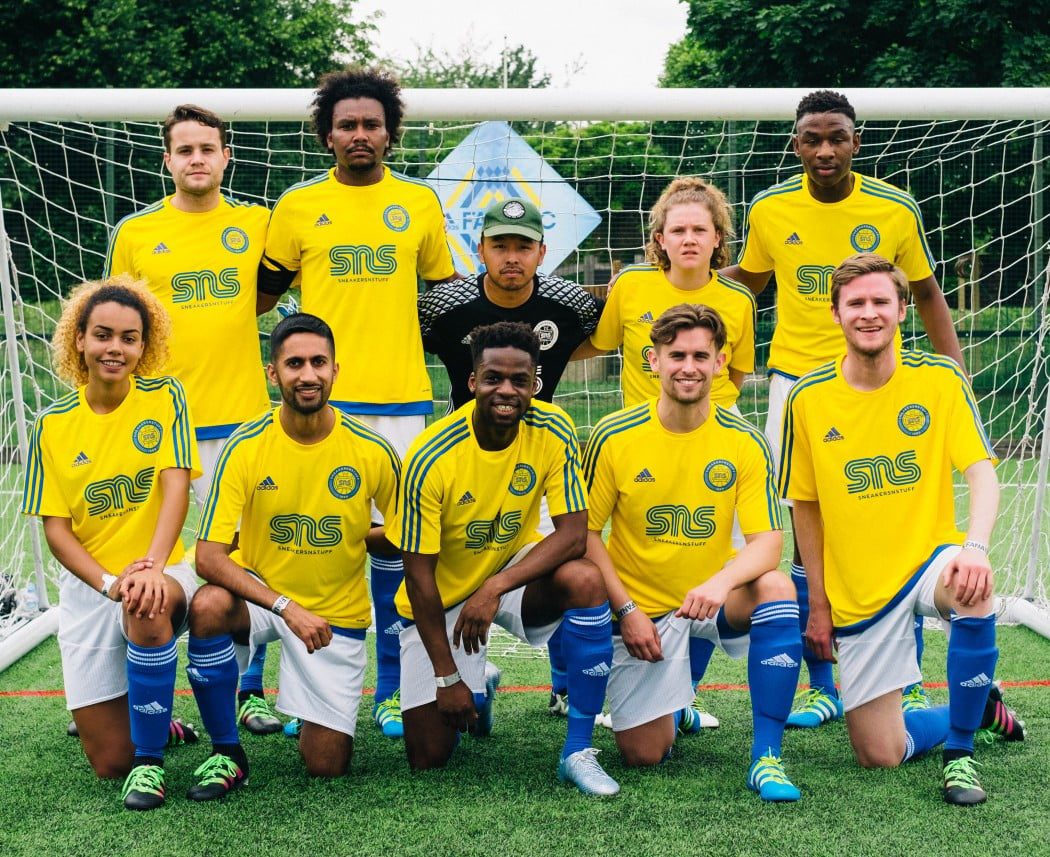