Words and research by Gregk Foley for Sneakersnstuff

When you first start paying attention to what you wear, you begin to notice things that probably slipped past you countless times before. Before I discovered fashion, when it came to buying sneakers, I was always UK8 – walk in the store, ask for my size, pay for them, and leave. Simple. Then I started properly buying sneakers – you know, really paying attention to the way they looked on my feet – and learned that even half a size can make or break an outfit.

One of the biggest changes came about in the way I bought t-shirts. When I shopped at high street chains before I didn’t really pay too much attention to a t-shirt beyond whether I liked the design on the front. With streetwear, it was a totally different story. I wanted my tees to be simple, classic, something I could wear with everything. They had to be black, white, or grey.

Between those three colourways, the latter is another one of those things that you really start paying attention to, because it’s an anomaly. 99% of t-shirts you buy in any colour will be a straightforward, solid shade. But the one colour that you’ll rarely ever come across is solid grey. In its place, you have these textured, speckled fabrics that are actually a combination of blacks, whites and greys. Grey melange looks great, there’s no denying it. But where did it come from? 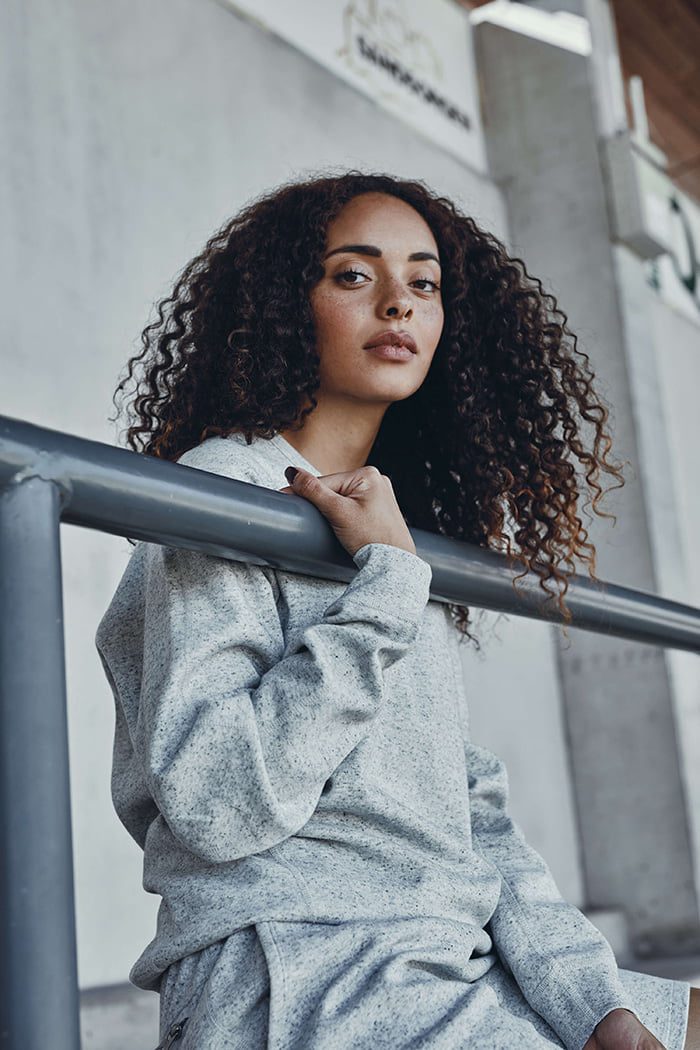 Grey’s first major emergence in fashion occurred in the 1940s, after the Second World War. At first, you’d think this is because it’s neutral, and suggestive of stability and calm, but it’s actually the opposite. Grey just wasn’t a colour you tended to encounter in fashion. Suits and dresses generally came in blacks, blues and browns, but in the aftermath of WWII people were looking for something new, and for all its neutrality, grey was something people hadn’t really seen before.

As for its trademark marled texture, there’s actually a practical explanation. Supposedly, grey is one of the most difficult colours to dye evenly into fabrics; which makes sense considering it’s basically a colour somewhere between black and white. As a result, fabric manufacturers found it was just easier to create grey fabrics using a combination of black and white yarns. As the colour has become more popular over the years, it’s become the one fabric that nearly every factory has, so it tends to be cheaper to manufacture with as well, making it a first choice for any brand working on a budget.

Another factor that led to grey melange’s popularity is its aesthetic. Solid grey is generally not a nice colour when it comes to clothing; particularly graphic tees. T-shirts in bold, solid colours like black, white and blue look great, and go well with simple pants like jeans and chinos. Grey, however, looks really, really flat and boring. You can put any design you want on a solid grey t-shirt, and it’ll always look tired. Grey melange, on the other hand, has a certain appeal; it’s bold enough that it gets your attention, but subtle enough that it doesn’t impose any of its own ideology. A black t-shirt can sometimes look a little bit gothic. A white t-shirt could be a bit sporty, too clean or, god forbid, boring. Grey melange sits somewhere at the intersection. It’s a canvas for whatever style or identity you want to project. 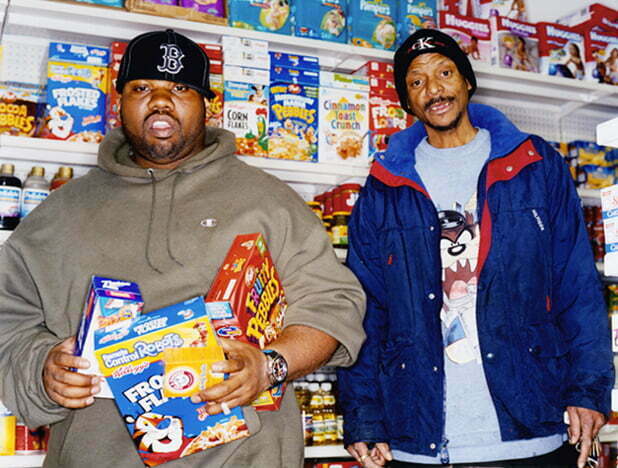 Since its creation, grey melange has gone on to have a pretty big cultural impact, particularly in sport and cinema, as well as the point where those two worlds meet. For whatever reason, that distinctive marled texture has become the signature shade of sportswear; an odd pairing when you consider grey melange is the worst culprit for sweat patches after a work-out. But then again, maybe this is part of its charm for athletes; nothing looks more athletic than a t-shirt drenched in sweat. Maybe brands themselves even cottoned on to the fact that sweat patches made their clothing look more “authentic”. 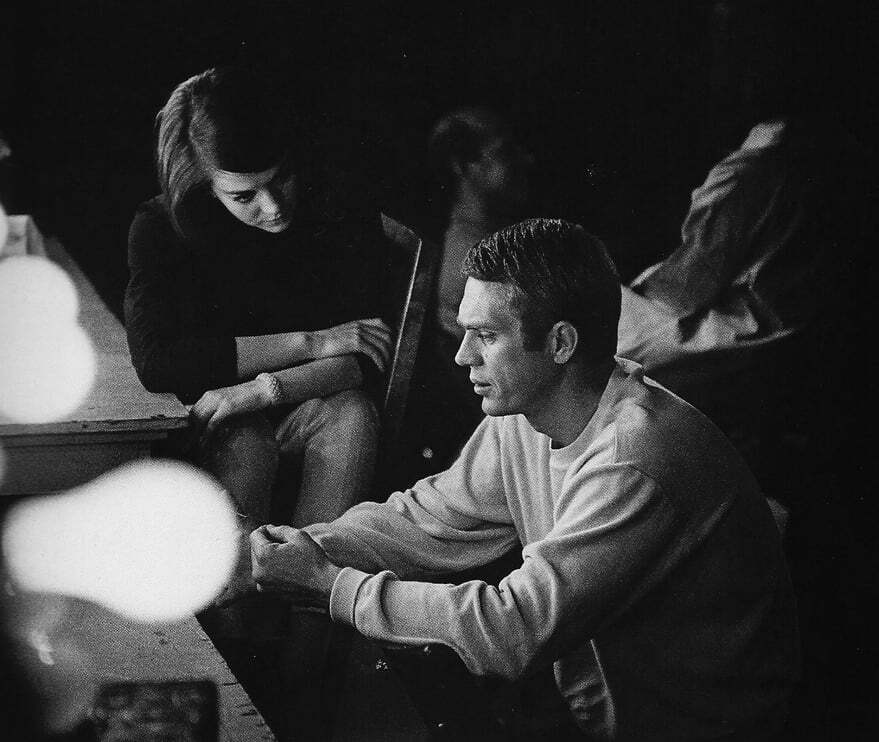 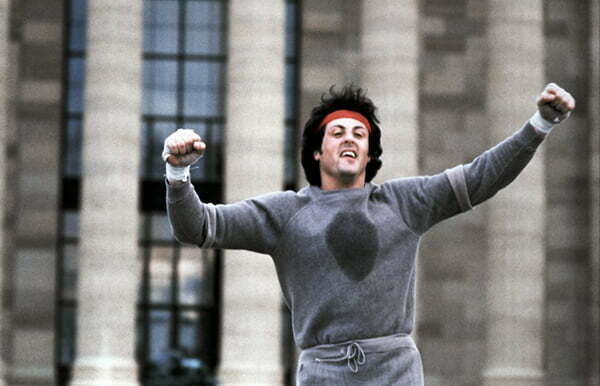 The fabric’s sporty aesthetic becomes more difficult to ignore in light of the people who made it famous. Perennial icon Steve McQueen was regularly photographed wearing a simple grey t-shirt when riding his motorbike. Boxing legend Muhammad Ali often trained in nothing but a trusty pair of grey melange sweatpants. And arguably grey melange’s greatest cultural moment comes from another iconic boxing story (albeit a fictional one) – Sylvester Stallone’s unforgettable training montages as the perpetual down-but-not-out boxer, Rocky Balboa. 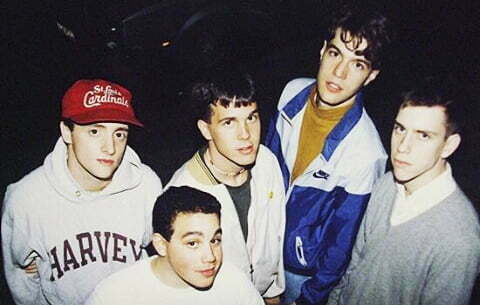 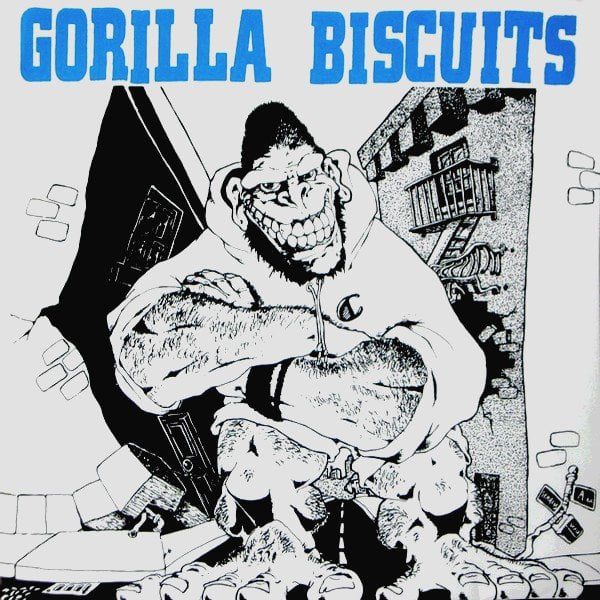 The sportswear connection has, in turn, seen grey melange permeate elsewhere. Simple, inexpensive and open to reinterpretation, the humble tracksuit has been adopted by a number of different musical subcultures. Champion sweatshirts, with their boxy fit and oversized hoods, became a uniform of sorts in the Hardcore Punk scene, a movement with a notable penchant for athletic design language such as collegiate sweats and varsity jackets. In fact, Champion is so embedded in Hardcore style that the gorilla on the cover of Gorilla Biscuits’ eponymous debut 7” can be seen sporting a Champion ‘C’ logo on his hoodie. The same sweats also proved popular in the hip-hop scene alongside a number of deeply American labels such as Tommy Hilfiger and Ralph Lauren’s ever-relevant Polo Sport subline – shout out to the Polo Bear. 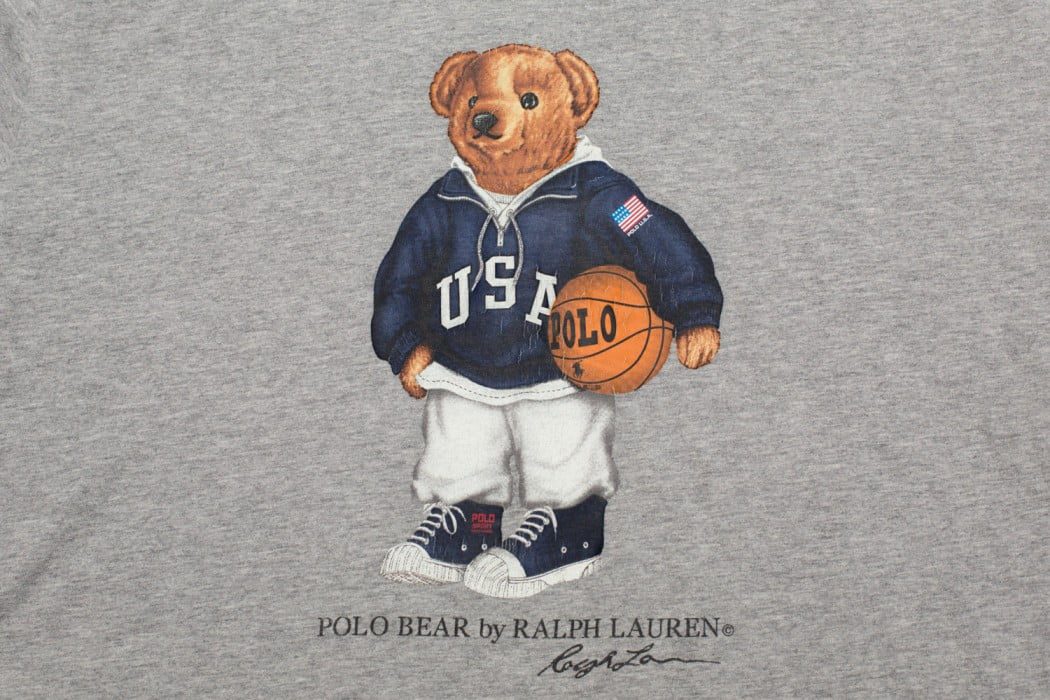 Above everything else, grey melange’s constant appearances in film, television and music in the second half of the twentieth century have simply cemented it as an icon of American culture. Sportswear is as much as symbol of Americana as cowboy boots, denim jeans or flannel shirts. Through its simplicity, accessibility and endless connections to culture, creativity and expression,grey melange is more than just a colour. And just like how it sits somewhere between dazzling whites and stark blacks, its ambiguity is central to its charm. It’s a colour that doesn’t stake its own claim. It’s neutral, allowing the wearer to transform it into any statement they want. It’s everything, and nothing. It’s the grey area in between.