The Gazelle is undoubtedly one of the most famous and iconic shoes ever produced by adidas and has a long history dating back to the middle 60s. Although the shoe may be viewed as relatively simplistic in a contemporary sense, its unassuming and clean looking silhouette has endeared it to its many fans ever since and ensured it has been in pretty much continuous production for 50 years.

The origins of its name and its purpose have been much debated. Some think that it is a running shoe named after Wilma Rudolph, the US sprinter who won three gold medals wearing adidas at the 1960 Olympics in Rome and earned the nickname ‘The Black Gazelle’. But Wilma retired from competitive racing in 1962, four years before the commercial release of the shoe. Although the Gazelle was built on a track shoe last, adidas went on to test the shoe with the West German national football team and top international handball players which would suggest a more general purpose athletic model. Furthermore adidas named a number of training shoes after fast land mammals during this period such as the ‘Panther’ and ‘Jaguar’. 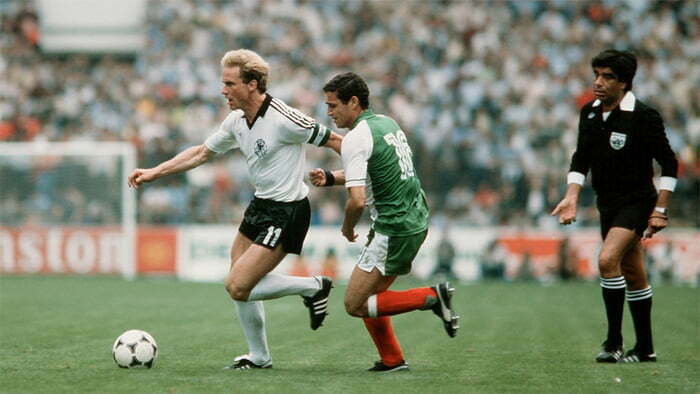 So what makes the Gazelle so great apart from its looks? It was the first adidas shoe to be made from suede (in this case kangaroo velour). At the time training shoes were made out of leather. The benefit of suede is that it is much lighter and suppler while still maintaining a good level of protection for the foot. I imagine the feel of these would have been a lot different to what sportsmen had been used to at the time. The shoe originally came in two colours; blue with white stripes and red with white stripes, but that was not the only difference. Turn the shoe over and you would have seen that they had different outsoles, offering variations of traction. Gazelle Rot (red) featured a transparent non-slip sole lifted from the earlier ‘Olympiade’ shoe. Made of gum rubber with a grooved wave pattern it was perfect for outdoor use. The Gazelle Blau (blue) had a microcell ripple sole. Microcell technology incorporated small air bubbles into the rubber which offered a more cushioned impact on landing and the ripple effect offered firm footing on indoor surfaces. 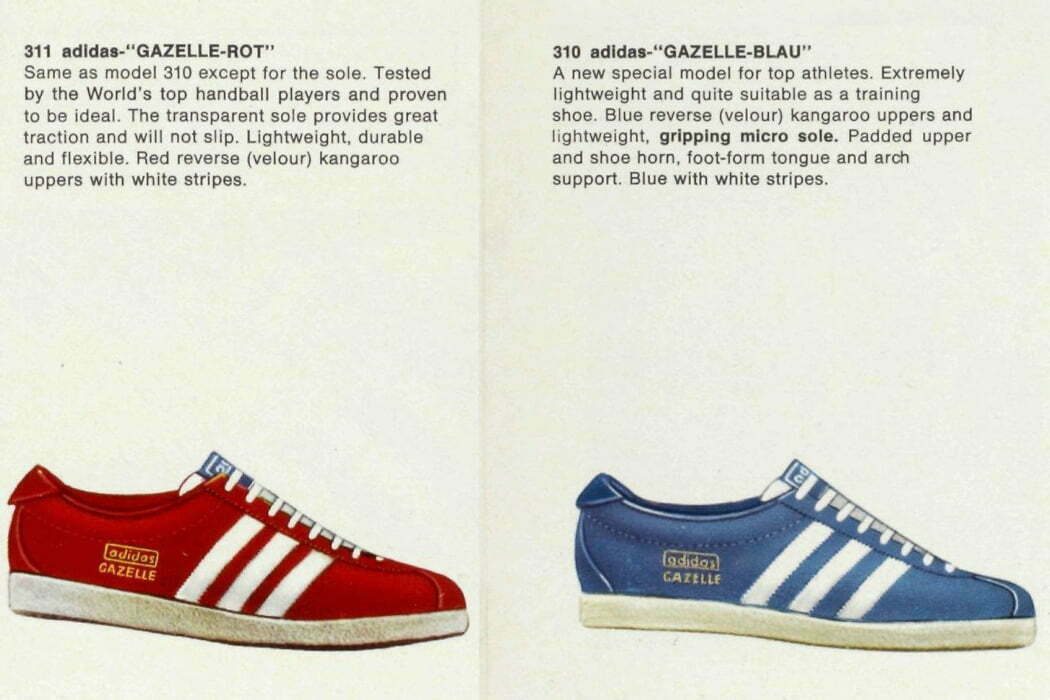 By the 1970s the Gazelle was one of its most popular models and adidas experimented with different outsoles and the shoe had a number of updated features. These included the ‘Soft Protect’ heel tab which protected the Achilles tendon better and a vinyl foot forming tongue for comfort. The introduction in 1972 of the hexagonal shaped tread microcell sole gives the shoe its most modern outsole and it is this pattern that adidas have used for the new re-issue. 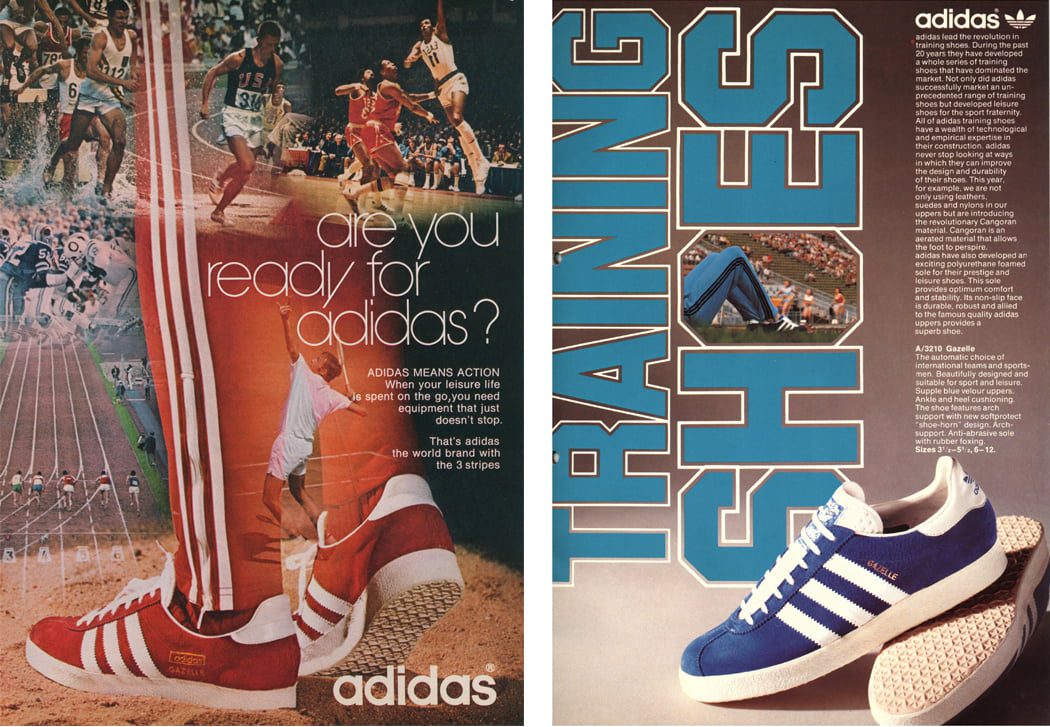 Into the 1980s and adidas still continued to manufacture the Gazelle, no mean feat considering that the typical shelf life of an adidas shoe then was just four years. The shoe was particularly popular in the UK featuring in many advertising catalogues of the era as a general purpose training and leisure shoe. Interestingly colour variations did not exist in Europe until the release of the Austrian made Gazelle Grun (green) in 1985 (the original now an extremely rare and collectable model) and it wasn’t until the early 1990s that the shoe could be bought in a myriad of attention-grabbing colourways.

Adidas have chosen the 1991 version of the shoe to re-incarnate for 2016 which allows them to dig into their archives to re-issue some of the original colourways of the period, as well as using exact materials of the era including pigskin and the the moulded tongue synonymous with this version.

But for me one word to describe 90s Gazelle would be ‘memories’. They conjure up images of acid jazz clubs, hip-hop, Cool Britannia, Madonna in head to toe adidas, New Labour, Loaded magazine, Martin Clunes in Men Behaving Badly, Lad Culture, Ministry of Sound, Oasis and the Britpop bands, Bleached blond Robbie Williams in adidas tracksuits, the Spice Girls and lest we not forget David Baddiel wearing Gazelle in the Three Lions video for Euro ‘96 – and with it being it being twenty years on from then, what better way to celebrate the Euros in Paris than with a piece of iconic 90s culture.

One response to “adidas Gazelle – A Brief History by Neil Selvey”